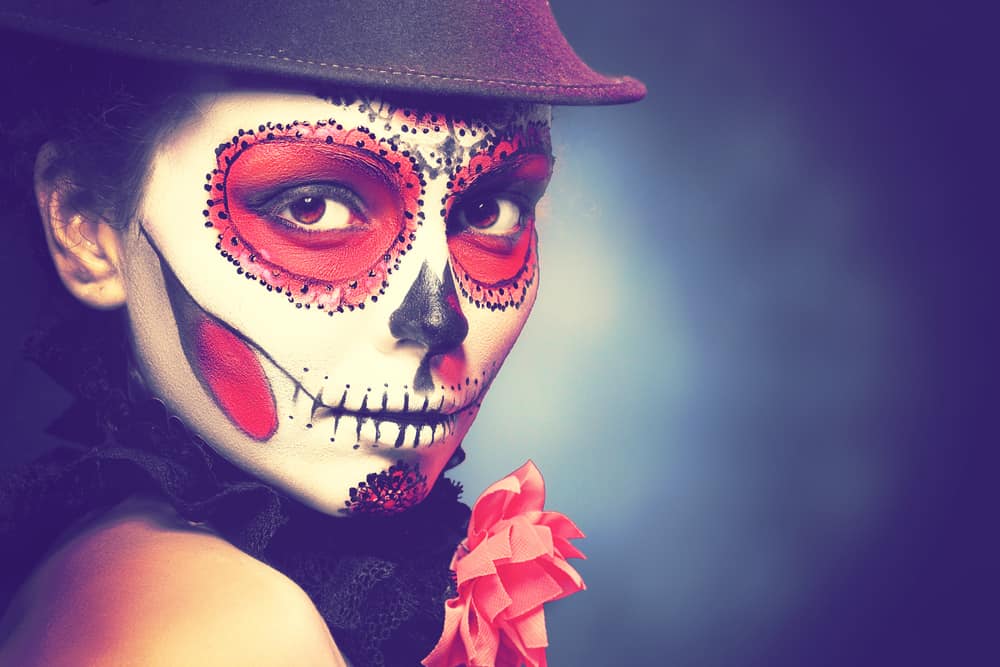 Getting any tattoo is usually a personal or spiritual decision to show devotion or enlightenment to the outside world. The bearer should take religious-style tattoos seriously, but what is the meaning of the Santa Muerte tattoos?

Unless you belong to the religious Santa Muerte sect, you might consider getting this tattoo style if it appeals to you for different reasons. The Santa Muerte tattoos are typically elaborate with lots of detail, but let’s delve into what meaning it has in general.

Why Do People Get A Santa Muerte Tattoo?

People from different cultures get tattoos for personal, religious, or commemorative reasons. For religious reasons, it is typically to display their devotion and fielty to the Saint of Death.

People who practice the religion of Santa Muerte will proudly display their Santa Muerte tattoos on their backs, shoulders, chest, or forearms.

There is a definite infatuation with the Saint of Death even among people who do not belong to the religious cult, and it could be because of the shock value or because they enjoy the look. There is a distinct similarity between the Catholic Virgin Mary tattoos and the Santa Muerte, and both are the center of worship.

What Do Santa Muerte Tattoos Symbolise?

For the followers of Santa Muerte, having a tattoo that is the image of their primary Saint is likened to a rite of passage. It is worn with reverence and pride. There are several interesting things the Santa Muerte Tattoo symbolizes, for example –

Is A Santa Muerte Tattoo A Devotion To The Religion?

Typically, people who love religious-style tattoos will get one because they are deeply devoted or like how the tattoo looks. It could be the style, the size, or the coloring that can trigger a person to want a similar tattoo.

Because Santa Muerte is the most revered Saint in the Mexican incarceration culture, almost every prisoner will have a tattoo of her instead of the Virgin Mary on their body. She is rumored to be efficient in keeping them from death while on the inside.

Santa Muerte followers pray with rosary beads similar to Catholic rosaries. They bring food, drink, and tobacco offerings to the shrine and slaughter animals for higher protection in darker sacrifices.

Although a Santa Muerte tattoo does not mean you are devoted to the religious cult, it can send a silent message to people who are, and it might be misconstrued in certain cultural circles.

What Color Is Best For A Santa Muerte Tattoo?

Another personal choice would be choosing the color of your tattoos. The Santa Muerte tattoo is no different. Colors are very often used to signify and symbolize things without the need for words. Santa Muerte tattoos are equally striking in black and white.

The following colors have significance when getting a Santa Muerte tattoo –

Where Should You Apply A Santa Muerte Tattoo?

If you are a devotee of the Santa Muerte religious following, then applying the tattoo on areas of the body that can be displayed in public should be considered, and those areas would be –

If you want a more elaborate tattoo design, you could consider using your whole back as a canvas. You can add the globe and full-size scythe as is customary with a Santa Muerte tattoo.

Is A Santa Muerte Tattoo Always A Female Entity?

Santa Muerte is commonly referred to as “ The Bony Lady,” Santissima Muerte or Most Holy Death, Lady Death, or Lady of the Holy Death, so it can be assumed the entity portrayed is a female. In the full-scale tattoos, she is seen wearing a vesture very similar to the Virgin Mary but in different colors.

In the Mexican culture of Saint worship, Santa Muerte is not considered a dead Saint but rather an entity that embodies death itself. Santa Muerte gives protection against death and illness, and she brings healing and wealth and accompanies the dead devotees to the afterlife.

Currently, the Santa Muerte religion is one of the fastest-growing religions globally and one of the biggest. You’ll find Santa Muerte tattoos on people from all walks of life, from narco kings, prisoners, bakers, butchers, everyday citizens, and notorious gang members.

Whether you are a devotee and wish to honor the Saint of the Most Holy Death or find the art of the Santa Muerte tattoos appealing, it is customary to receive such a tattoo from an artist that understands the cult and its symbolic importance to its devotees. 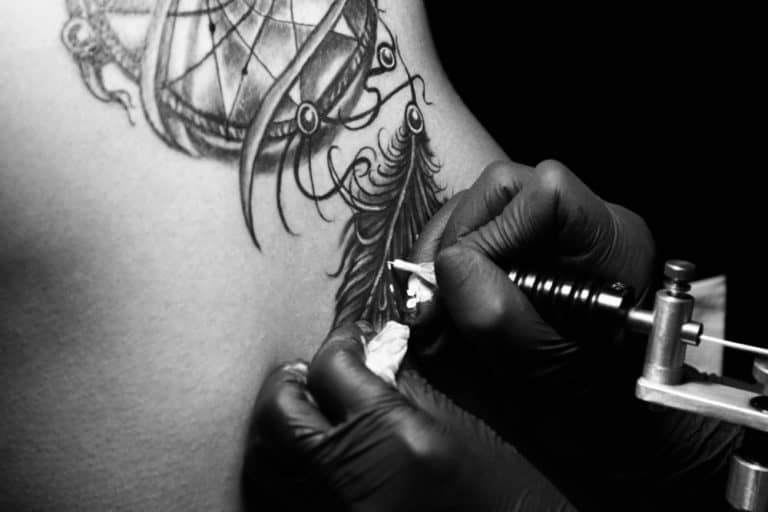 It’s no secret that getting inked is not exactly a pain-free experience- yet we are always keen for more! White tattoos are currently all the… 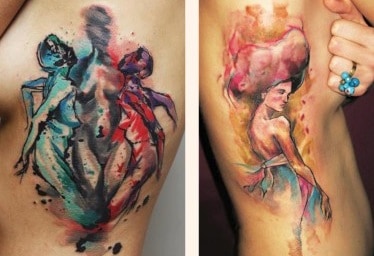 If you are considering getting your dream tattoo, you may have found yourself in that tug of war over whether to get a black and white… 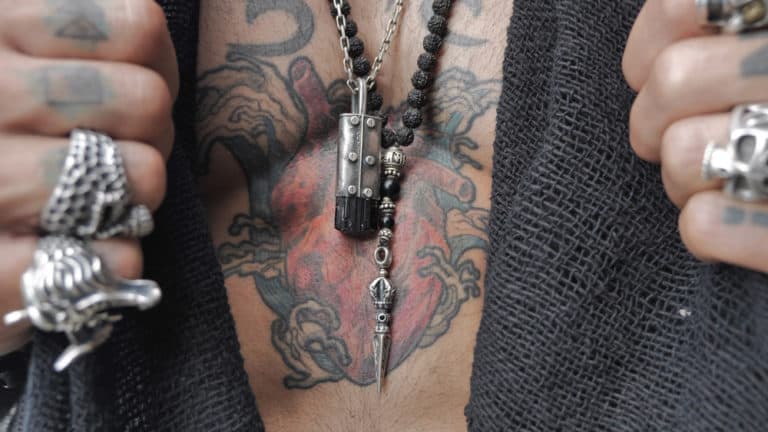 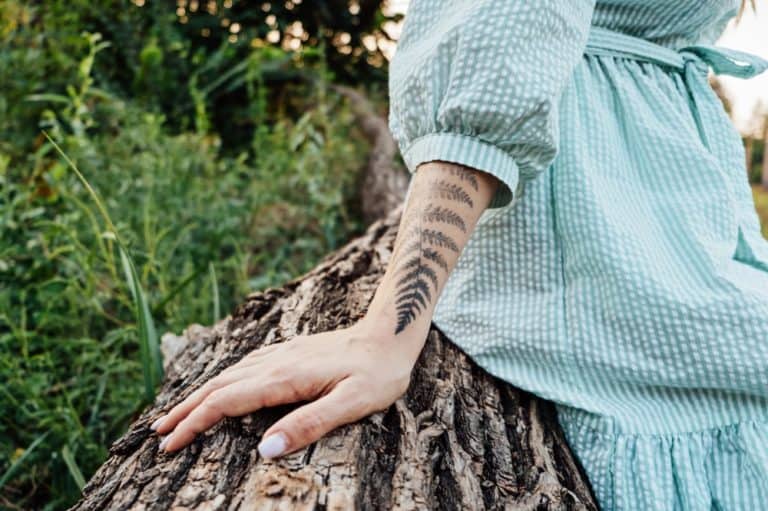 Tattoos of plants and flowers are popular in many cultures and designs, but a fern tattoo is an interesting symbol. It is not very common…

As a symbol found in many forms around the world, some form of the evil eye can be recognized in every culture. This emblem has… 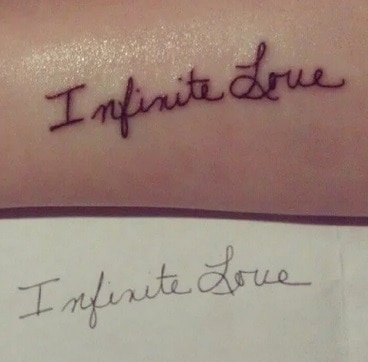 You found a special handwritten letter or a text in beautiful handwriting that means something significant to you. As with most things in life, the…