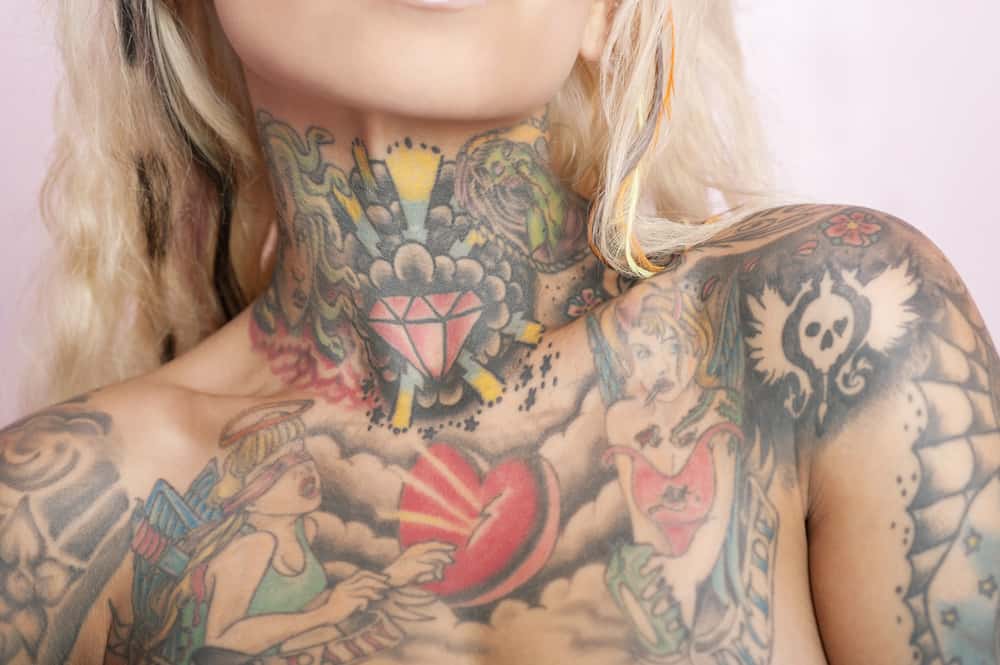 Nowadays, tattoos are more acceptable in society, but some stigma and prejudice persist. So, do you think your ink could affect your future job prospects? We’ll look at highly visible tattoos and determine whether neck tattoos affect jobs.

Neck tattoos can affect your chances of landing some jobs, but it depends on your field of work and whether you deal with clients. Most employers prioritize work performance over appearance, but the stigma will always exist, and you should carefully consider your decision before getting the tattoo.

Unquestionably, the stigmas and prejudices about tattoos have faded over the years. And, while they were once considered to be reserved for criminals and sailors, today, they are perceived to be works of art and an expression of individuality.

But highly visible tattoos, particularly neck tattoos, may still not be acceptable. So let’s look at what the research says about how neck tattoos may affect jobs.

People have adored their skin with tattoos as far back as the Neolithic period. The phenomenon has been present in several cultural traditions, such as those of the Maori people in New Zealand and Polynesia.

However, they became stigmatized in places like Japan, where the government began marking criminals with tattoos as far back as the 17th Century. They were also used to penalize slaves and prisoners and Ancient Greece and Rome and faded from the culture before being reintroduced into Europe by sailors in the 18th Century.

Tattoos would also become closely associated with biker culture in the 20th Century.

Due to the history of tattooing, they came to be associated with rebelliousness, debauchery, and criminality – an association that persisted until fairly recently. However, as we entered the 21st Century, these stigmas began to fade, and tattoos have become far more acceptable in society today.

So, while a tattoo (or several) may have disqualified you from a job outside of certain niches as recently as 20 years ago, changing perceptions and a generational shift has disassociated tattoos from the previous prejudices, and they are now largely considered to be works of art and an expression of individuality.

And, as a consequence, many employers do not take job candidates’ tattoos into account when considering them for certain roles. Surveys have found that, among the respondents, only 13.85% of employers would be less likely to hire candidates with tattoos.

However, 35.08% of respondents said that their decision to hire would depend on the role that they were trying to fill. So, having visible tattoos, such as a neck tattoo, could affect your opportunity to land a job in a sales role. But, if you work in IT or another role that is not client-facing, the majority of employers today wouldn’t care about whether you have visible tattoos.

Furthermore, there are many corporate roles and jobs in traditional fields like law that have strict policies about tattoos that require them to be hidden or “tasteful”.

In other words, a small tattoo on your wrist or one on your ribs that remains covered in the workplace will not be considered unacceptable by the vast majority of employers. A full sleeve or a neck tattoo, on the other hand, could be considered “trashy” or unprofessional and could hinder job opportunities.

Which Jobs Would Permit Neck Tattoos?

With that said, many jobs will hire employees covered in ink from head to toe. These roles will either be in creative fields, such as graphic design, or those that do not require the employees to meet with clients or business partners, such as software engineers.

This is because, to some extent or another, the stigma against tattoos will always exist, and nobody is more important for business than the client or customer. And it is unreasonable to expect that everyone will be accepting of tattoos, and it would therefore be bad for business.

However, it is important to note that, despite changing perceptions, employers will be very unlikely to consider candidates with tattoos portraying offensive or bigoted imagery, such as swastikas.

Are Perceptions of Neck Tattoos Changing?

While our perceptions of tattoos have changed over the years, neck tattoos continue to be met with less than favorable perceptions, both professionally and socially.

It would seem that neck tattoos aren’t considered as tasteful as tattoos on other body parts, such as your arms and legs. A neck tattoo is a bold statement and is also difficult to cover up.

Having a tattoo on your forearms could easily be covered up by wearing long sleeves to work, but you don’t want to be wearing scarves and polo necks in the middle of summer, do you? It is recommended that you don’t tattoo above the t-shirt line to ensure that you don’t lose employment opportunities.

Other Tattoos That Can Affect Employment Opportunities

According to experts, it will always be in your best interest to cover your tattoos in the interviewing process in case a potential employer does have some form of prejudice. And, while tattoos are more mainstream than ever, there are still two no-gos for most employers – neck tattoos and face tattoos.

In the past, hand tattoos were also considered unacceptable, but that perception appears to have changed, for the most part. Of course, there’s no telling how we might perceive neck and face tattoos in the future, but, for now, it would appear that these are the two places where employers draw the line.

So, always consider the implications, what field you work in, and your office policy.

The golden rule is to “think before you ink.” Tattoos are no longer considered unacceptable to most employers, particularly if you don’t work in a client-facing role.

But, even though tattoos have become mainstream and socially and professionally acceptable, highly visible neck tattoos will not work in your favor when trying to find a job. So put a lot of consideration into it before opting to get a neck tattoo because it could have a profound, negative effect on your future. 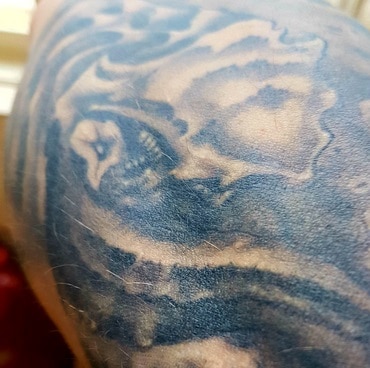 Have you gotten a new tattoo in the past few days and are now concerned about its color? Sometimes tattoos done with black ink appear… 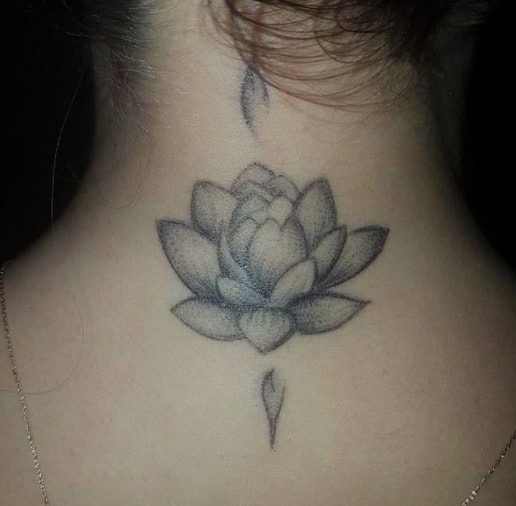 I am sometimes approached by clients interested in getting a tattoo on the neck. I advise against this place as a choice for your first… 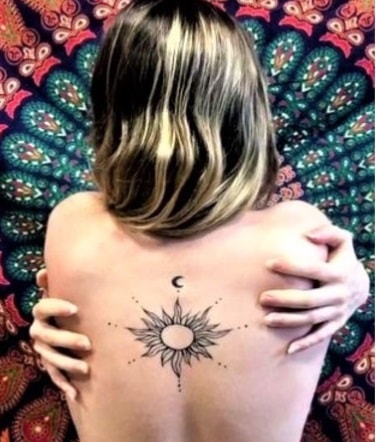 The location on the back seems perfect, but does it have any downsides? Tattoo on the back can be easily hidden under your clothes, but… 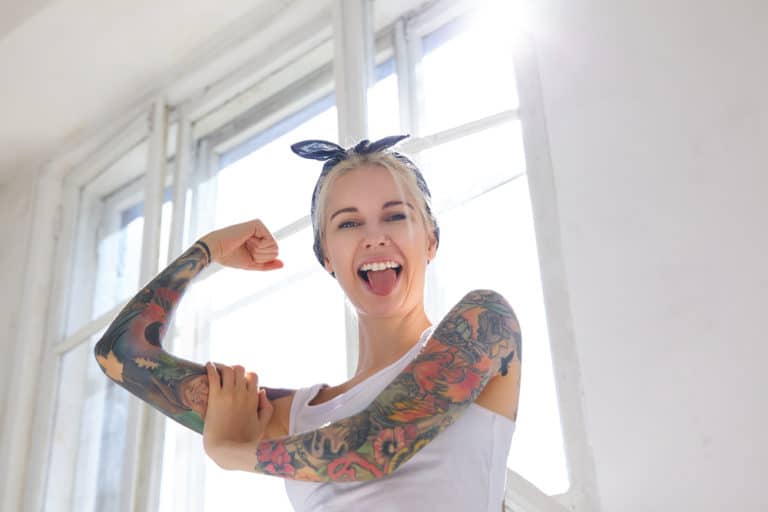 Tattoos have grown in popularity in the last couple of years, with more people wanting to express their individuality. This is especially true in the… 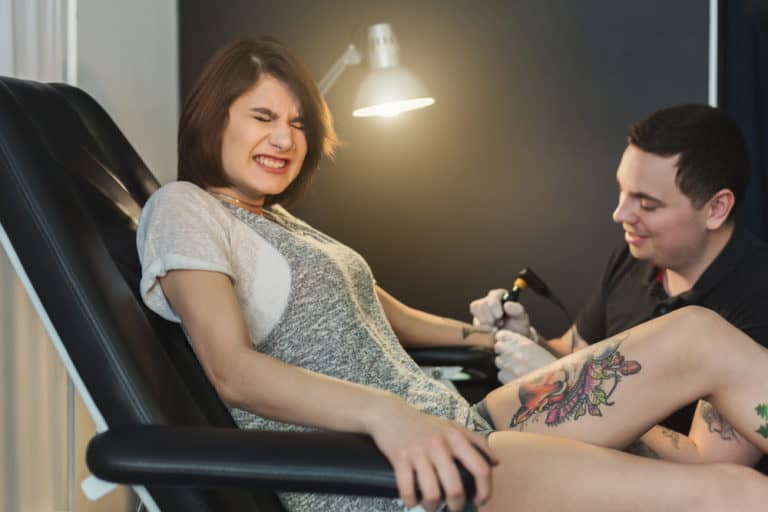 I remember the first tattoo I got, and the pain was intense. I had a rude awakening thinking it could not possibly be that bad…. 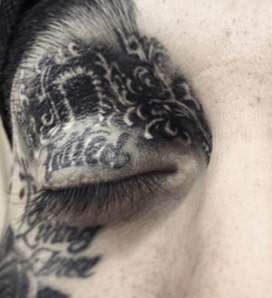 Sometimes people connect those two procedures, tattoos on the eyelid and permanent makeup under one name, eyelid tattoos, but those are two separate procedures, each…