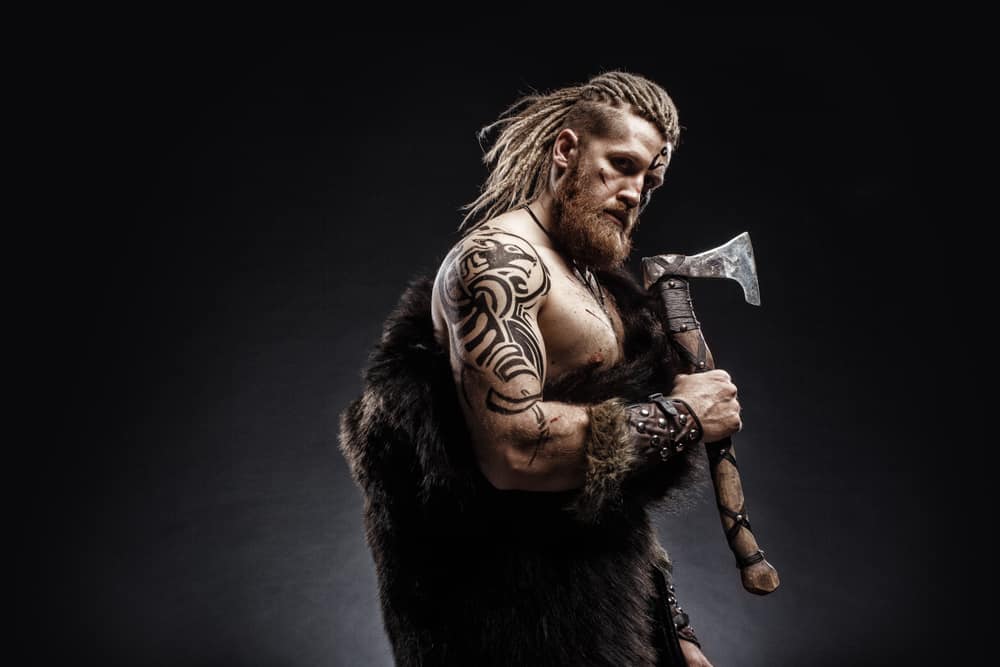 If you have e ever watched the tv show Vikings, you may have seen the Norse en covered in tattoos and wearing black eye makeup. This was not just in the show, though; it is considered a fact that the Vikings (also called Norsemen) had a ton of tattoos. So, what did they use for ink?

While considered a fact, there is no concluding evidence of Vikings having tattoos except for one historical account of them being covered in ink. If Vikings did have tattoos, they likely used ash, charcoal, and other materials in nature for ink. Other ancient cultures also used soot and breastmilk.

This article examines how Vikings made their tattoo ink, the historic accounts of Vikings having tattoos, the symbols and designs they probably would have had, and the symbolism behind these tattoos.

How Did Vikings Make Their Tattoo Ink?

Ancient cultures primarily used charcoal, ash, and other natural materials to ink their bodies. The Vikings likely used wood ash to dye their skin and tattoo figures and symbols onto their bodies. This would have given their tattoos a dark blue hue.

The Vikings may have used bone chisels to carve their designs onto the skin. Using bone chisels has been traced back to 5000 b.C. The Maori people used a bone chisel as a needle to carve the design. They would then use a rake-like tool to hold the ink and a hammer to puncture the skin to get the desired design.

Other tattoos were made by mixing soot and breastmilk as ink. They would prick patterns into the skin using a needle or something sharp and then rub the ink into the open wound.

Literary Accounts Of Vikings Having Tattoos

One famous account of Vikings having tattoos is found in Ibn Fadlan’s travel chronicler. He described their bodies as perfect, as tall as palm trees. He goes on to describe that the Vikings did not wear tunics or kaftans; instead, they wore cloaks that covered half their bodies with one arm uncovered.

Fadlan mentions that the Norsemen were covered in tattoos from their necks to the tips of their fingers. However, the word “tattoo” may just have been used to describe the decorations and symbols on their bodies. The Arabic word for “tattoo” describes mosque decorations, not actual tattoos.

A Scythian chieftain found in Siberia buried under permafrost still had his skin and tattoos intact. He was buried around 500 b.C. This was before Norse traders came to that region (now Russia). However, it leads many to believe that the Vikings learned their tattooing art from the Scynthians’ descendants when trading with them in that area.

Unfortunately, there are no other accounts of the Norsemen being tattooed since they did not keep records of their history. So, much has been lost to history.

10 Tattoo Designs Vikings May Have Had

It is known that the Vikings used certain images and designs to carve into their weapons, so if they did have tattoos, they most likely would have had the Yggdrasil (a sacred tree of life), a Vegvesir (which looks like a compass), the Valknut to remember their dead, Thor’s hammer, Odin’s spear, runic symbols, a sun wheel, a triskelion, a wolf or the helm of awe. Let’s briefly look at what each symbolizes.

At one point, Fadlan describes the Norsemen as covered in tree designs. The Yggdrasil is a sacred tree in Norse cosmology. It is the tree of life and the center of the cosmos. The tree connects the Nine Worlds.

The term vegviser is Icelandic for “Wayfinder” or “signpost .”The symbol would have been carried close to them or tattooed to remind them that they would find their way home safely.

The Valknut, also known as Odin’s Knot in Norse mythology, symbolizes the transition between life and death. It was also used to remember those who fell in battle to honor them.

Thor’s hammer, Mjolnir, is a magical weapon that always returned to his hand. Thor is often depicted using the hammer to defend Asgard from enemies. It symbolizes protection, fertility, growth, and good fortune.

Odin’s spear, Gungnir, is a weapon of the Gods in Norse religion and was believed to be made by dwarves. The spear has many runic symbols, believed to empower it to increase its accuracy when attacking an enemy.

Runic symbols were often carved into the Vikings’ weapons and are an ancient form of writing. Runes are believed to have mystical powers. There are several variations, each with its own meaning. They are sigils that connect with the subconscious mind of those who see them.

The Sun Wheel is a swastika and is very controversial and offensive today due to its association with the Nazi Party. But before this time, the swastika had its roots in several ancient civilizations like the Old Norse and was associated with Thor.

In Norse religion, the sun wheel image brings power, prosperity, and luck. It also symbolizes fertility, health, a celebration of life, and a good harvest.

In Norse religion, the triskelion is an image of Odin’s horns, namely three interlocking horns. It symbolizes inspiration, Odin himself, and wisdom.

The Helm Of Awe

The Helm of Awe also known as the Aegishjalmur, symbolizes protection and power. It was believed that those who look at the image would be frozen in terror and then easily be defeated.

The wolf is associated with Odin and is a symbol of protection.

While there is no concrete evidence of the Vikings having tattoos, we know that ancient cultures created tattoos using natural materials. The Vikings would have used charcoal, ash, and other natural materials to make their ink. Because of their Norse religion, many tattoos would probably have referenced the Gods they believed in and symbolized power, protection, life, and fertility. 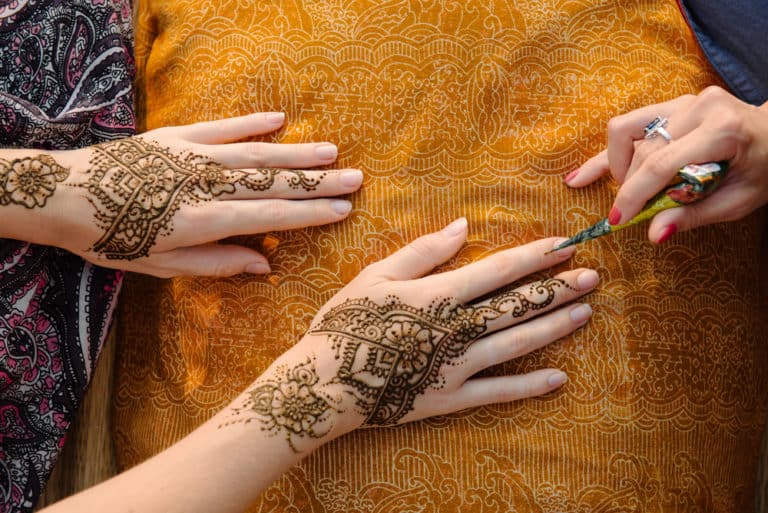 Henna tattoo is a form of body art that has been practiced for centuries in many parts of the world. Henna is a plant-based dye… 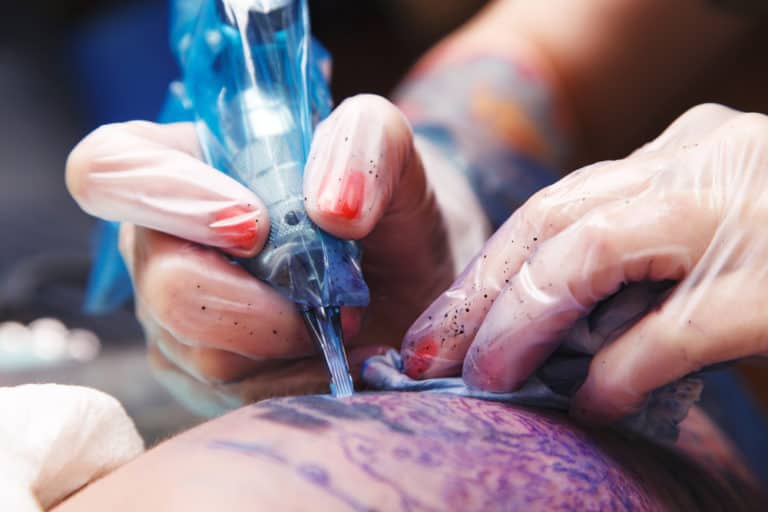 You may have gotten a new tattoo recently and noticed that your tattoo artist wraps their gun, along with all the other equipment that was… 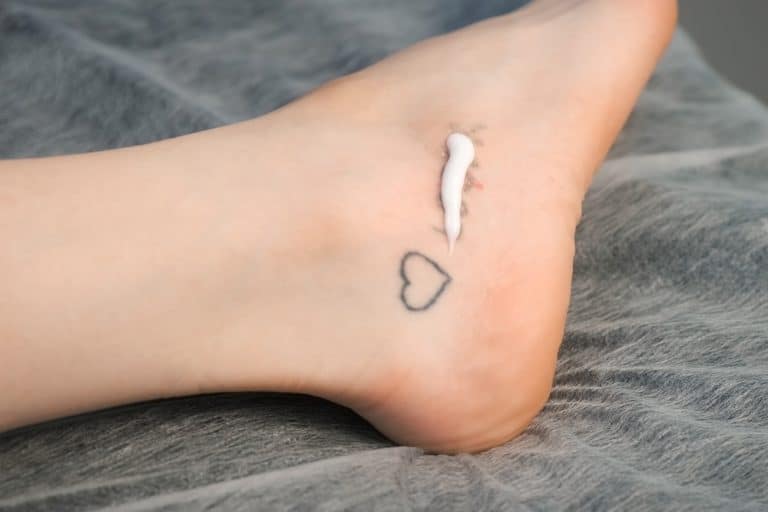 Tattoos are notoriously complicated and expensive to get rid of. So, if you’re considering removing your tattoo, you might have stumbled across tattoo removal cream… 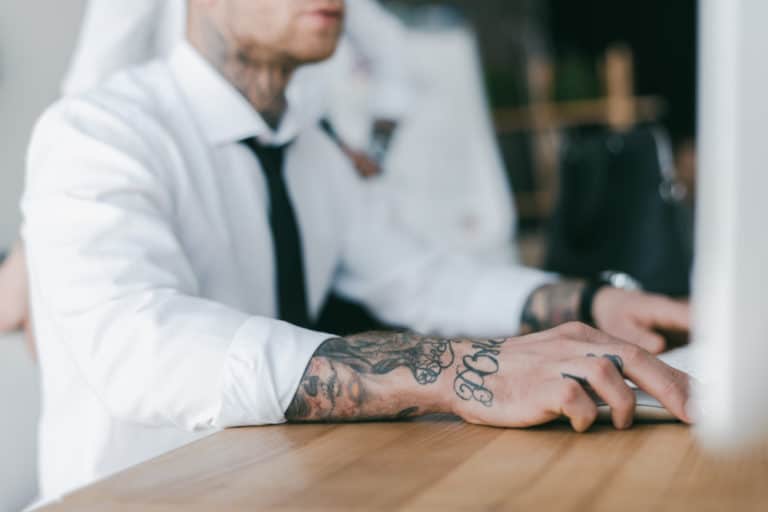 In spite of the growing popularity of tattoos as a form of self-expression, tattoos are still primarily considered controversial. Similarly, people with tattoos are often… 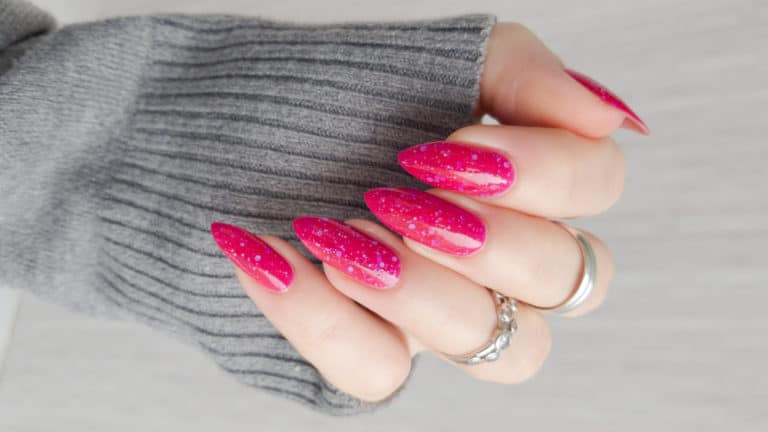 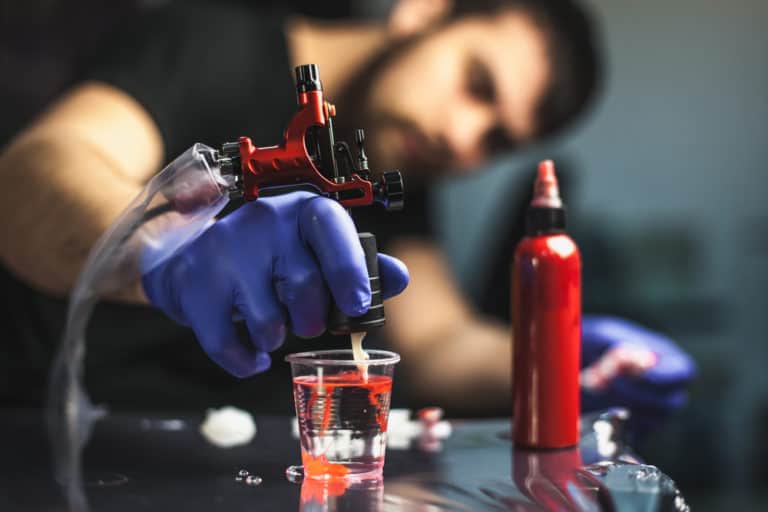 Going to the tattoo parlor or studio can turn into a winter sport that requires you to overdress and look like a snowman in summer….