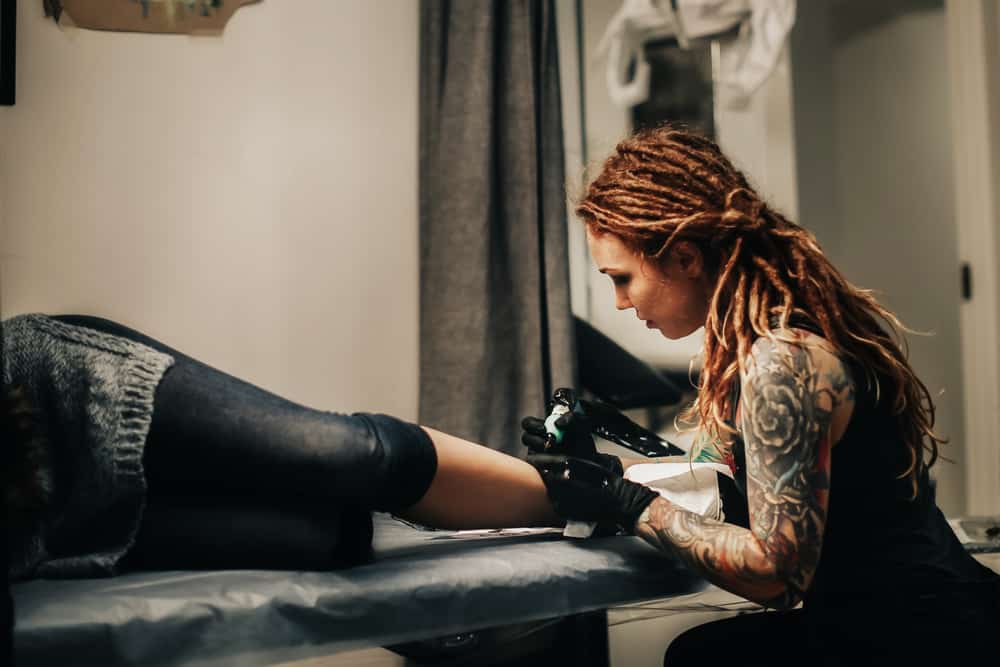 Tattoos have become a whole lot less taboo in recent years.  They have become widely used and celebrated worldwide, but can you get a tattoo after you die? We have done some intense digging for you and bring you the answers you need to know about this interesting concept.

It is, in fact, possible to get a tattoo after you die. Because the body has begun decaying, and there is no blood flow, the tattoo will not heal; it will simply decay along with the body. Ensure your tattoo is done according to your specifications after death by including it in a written will.

Is It Legal To Get A Tattoo After Death?

When considering whether or not it is legal to get a tattoo after death, we need to know who owns your body after you die. This is a slightly tricky one since, technically, the state has rights over your body after death. Would you believe that the state can and does remove organs, tissue, and more from bodies? They have no obligation to inform the family or get their consent?

There was a case a few years back when a family was shocked to see the brain tissue of a loved one on display at a museum. Even more strange is that their case was dismissed since the state has the right to take parts from the bodies of people who have died.  Taking this fact into account, would it then be legal to get a tattoo after you die?

Legally, it can be done. If this is something you desire, be sure to add it to your will.  Your living will should include instructions for your burial or cremation, as well as whether or not you would like to donate your organs. You are able, therefore, to add instructions regarding receiving a tattoo after your death.  If you do not have a legal will, your wishes will still be honored if you write them down, sign them and have two people witness you signing the written document. The witnesses should also sign the document.

If getting a tattoo after death is something you are serious about, consider keeping money aside for the artwork. Tattoos can be expensive, and it would be a kind gesture towards your loved ones to know that the financial aspect of your wish is taken care of.  This information can also be included in your will or legal, written document.

Is It Physically Possible To Get A Tattoo After You Die?

Morticians have confirmed that it is physically possible to tattoo a person after death. The process is slightly more difficult because the body begins to decay as soon as you have passed on. When we die, our bodies go through many changes that include bacterial growth, a marble effect of the veins, letting go of gasses and liquids, primarily through the nose and mouth, and the body basically beginning to digest itself. The skin also develops blisters as the process of decay continues.

Another aspect to consider is rigor mortis. This is the severe stiffening of the muscles that occurs a few hours after death and lasts for around two days. With the changes that occur to the skin as soon as we die, tattooing someone after they have died could be a little more challenging than working on a living person. Keep in mind that because blood flow has stopped, the tattoo will not heal as it would on a live person, and it will remain a wound.

Who Wants To Get A Tattoo After They Die?

It makes sense that for some who celebrate tattoos and the art of tattooing when you are alive, you would want one last piece done after you pass. For those who fall into this category, the notion is somewhat poetic and a fitting send-off.

Are Tattoo Artists Willing To Tattoo People After Death?

According to legend, there were some early tattoo artists that would sneak into morgues to practice their tattoo techniques on dead bodies. This leads us to believe that certain tattoo artists are willing to tattoo people after death.  Finding the right person will come down to researching artists in your area and asking them a few questions about the topic.  Russel from RN Tattoo Studio mentioned that he wouldn’t personally be willing to tattoo someone after they have died. In fact, he said he wouldn’t opt to get a tattoo after death because he wouldn’t want an artist to have to work on his dead body.

From those we surveyed that said they would not want to get a tattoo after death, a whopping 75% mentioned the artist who would be hired to do the piece. Finding a tattoo artist willing and able to do a piece for you after you die may prove to be a challenge. Still, with perseverance, we believe the right people for the job are out there and waiting to be found.

Tattoos are deeply personal and sometimes spiritual pieces of art that look unique to each individual. They often stem from experiences, realizations, or life-changing events of the person wearing them. If you feel pulled to get one last piece done after your death, there are ways to achieve this dream.  Be sure to find a few artists who are willing to do tattoos on dead bodies so that your family will find it stress-free to fulfil your wishes. Consider keeping the money for the piece aside to help out too.

You need to include your post mortem wishes in your living will or draw up a written contract to explain your desire to have a tattoo after your death. Include as many details of the piece, payment, artist, and anything else you can think of.  All legal documents must have two witnesses who also sign the contract to make it official. As Johnny Depp so aptly put it: “My body is my journal, and my tattoos are my story.” If getting a tattoo after your death is your story, we say, write it in bold. 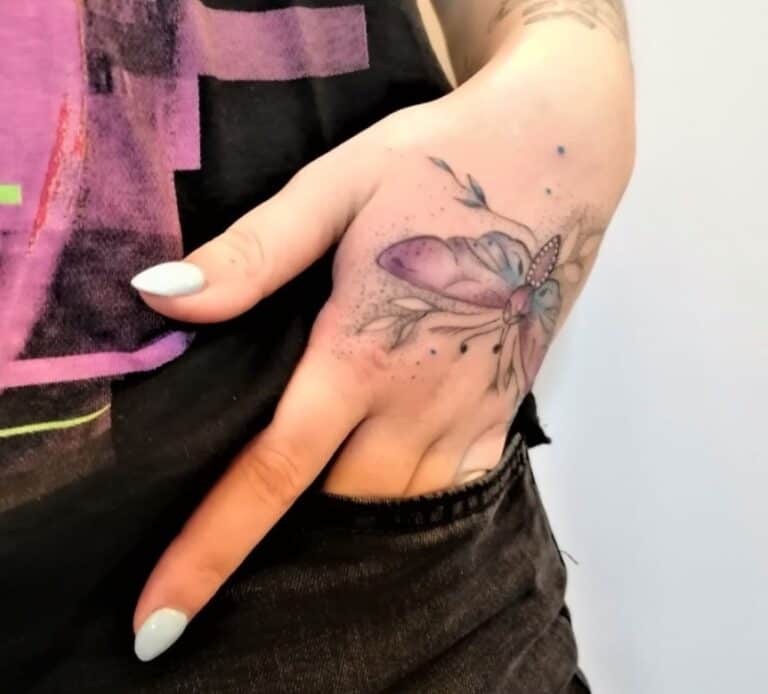 When contemplating any tattoo, many factors need to be taken into consideration. Before it’s time to find the right tattoo artist for the design you… 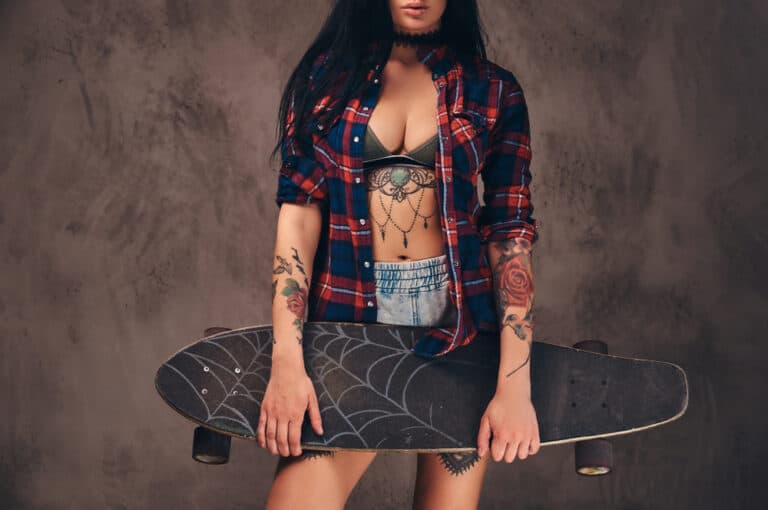 Underboob (sternum) tattoos are rising in popularity. The placement is sexy and allows the user to choose when the art is on display. In addition,… 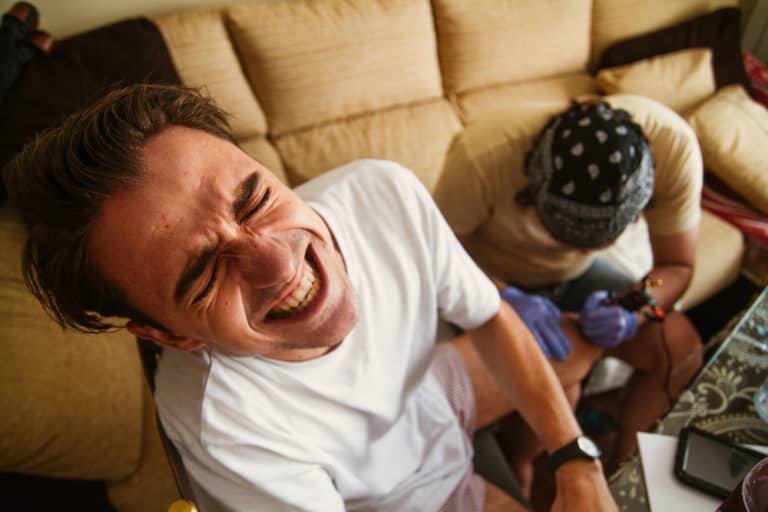 If you have never gotten a tattoo, you may be pretty anxious about how much a tattoo will hurt. As a first-timer, you may be… 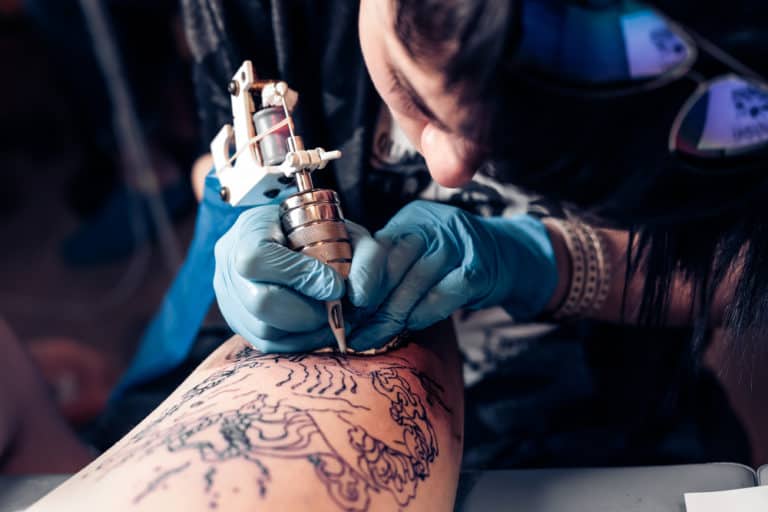 If you are looking to get your first tattoo or are already inked, you have undoubtedly heard of things that can go wrong. From it… 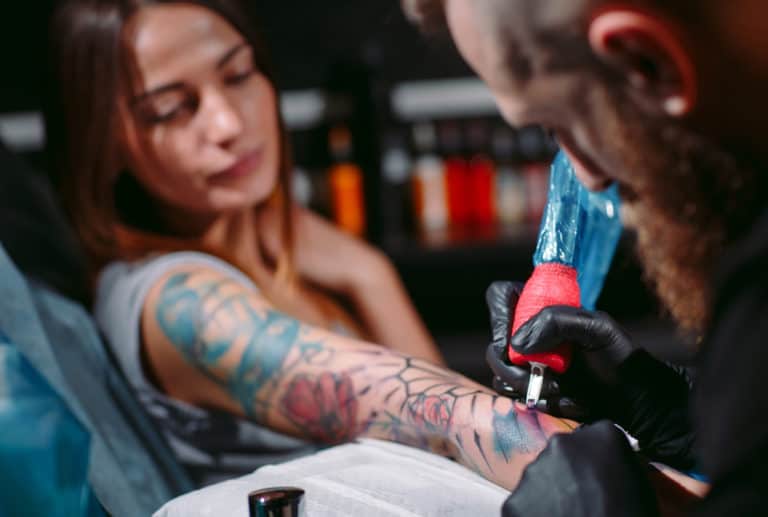 Having a tattoo is exciting. If it’s your first body art experience, you want it to be as painless and pleasant as possible. But what… 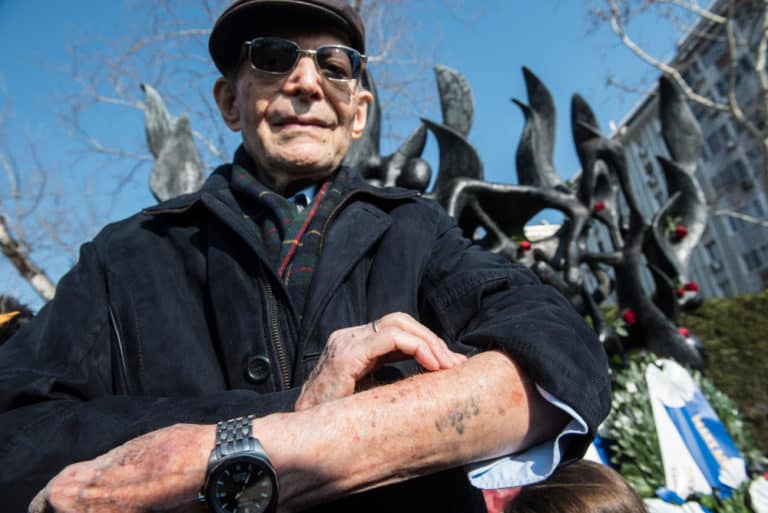